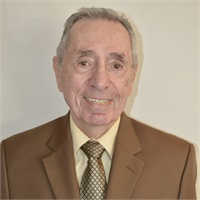 Philip C. Diorio, MD, is a physician and an entrepreneur. He practiced pediatric ophthalmology in Torrance, California from 1968 to 2003, holding prestigious positions such as Director of Pediatric Ophthalmology & Strabismus at LAC/USC Medical Center, 1969-1975, and Director of Pediatric Ophthalmology Fellowship LAC/USC Medical Center, 1973-1975. He also owned Sea & Shore Travel 1980-2000 and was president of Charter Memories, Inc. and Dream Cruises, Inc., yacht charter companies eventually sold to Hornblower Development Corp. in 2004. He joined the board of South Bay Bank in 1988, continued in that position following its sale to National Mercantile Bank and, following a 2004 merger, remained as a board of directors member of the combined entity, First California Bank until its sale in 2013. He also serves as a member of the Board of Directors of the Granville Homeowners Association from 2012 to 2016.

Phillip is not affiliated with, related to or employed by Kovack Securities, Inc. or Kovack Advisors, Inc.

Learn more about our Advisory Board :