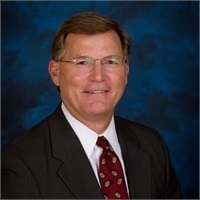 William J. Kuzmich is a Senior Vice President and Managing Director for AIG Financial Distributors. Bill is currently managing the wholesaling effort within the independent and regional broker/dealer firms in the Western Division.

Bill started his career with the company in 1989 as a Regional Vice President where he was responsible for wholesaling variable and fixed annuity products in Northern California, and subsequently in the Southern California area. His achievements as a wholesaler include receiving the Most Valuable Wholesaler award in 1992, and the Wholesaler of the Year award in both 1993 and 1994. Bill has also held numerous management positions during his tenure at AIG Financial Distributors.

Bill graduated from the University of Illinois with a Bachelor of Arts Degree in Finance. He lives in North Tustin, California with his wife Priscilla.

Bill is not affiliated with, related to or employed by Kovack Securities, Inc. or Kovack Advisors, Inc.

Learn more about our Advisory Board :